A stray kitten cuddled up to her rescuer after she was found alone under a bus. 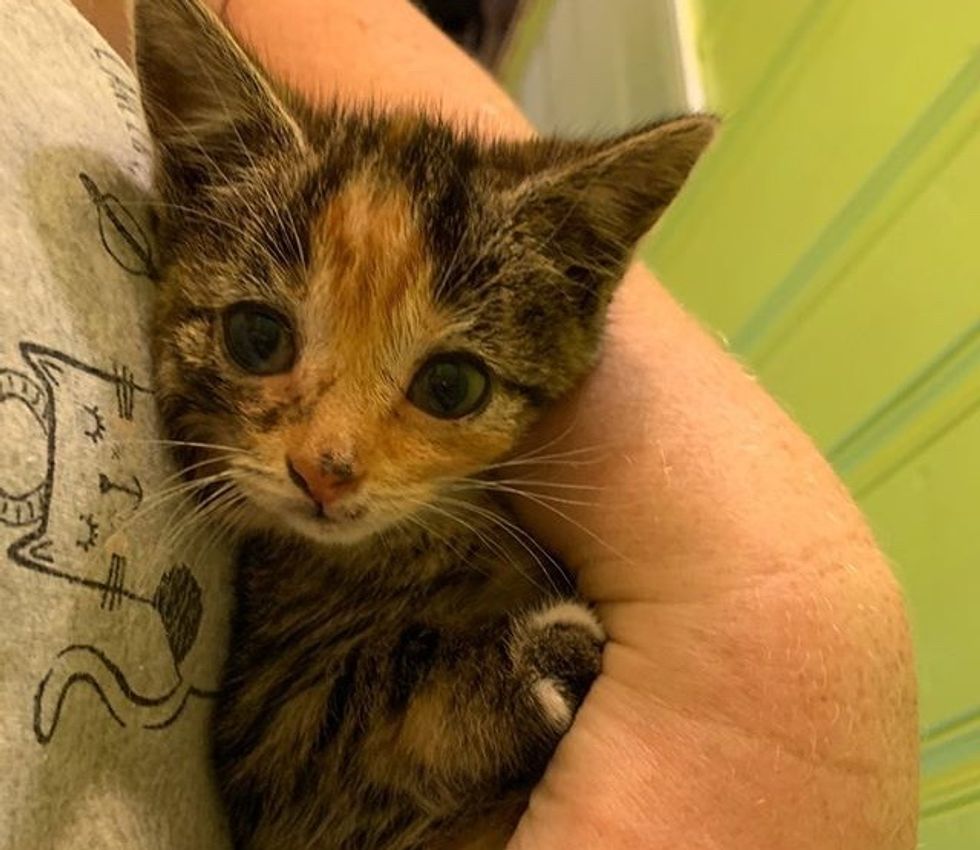 Earlier this month, a transportation company in North Carolina discovered a kitten hiding under a bus. The little stray was very hungry and eager for help. He didn’t mind to be picked up by the workers, who then reached out to their local rescue, Sparkle Cat Rescue.

“The day we rescued him we looked under all of the buses and around the buildings, and there was no sign of another cat or kitten,” Brittany of Sparkle Cat Rescue shared with Love Meow.

But a few days later, they received another call from the same company — a second kitten, a little calico, was spotted under one of the vehicles. She was very shy, crying and cowering under a wheel well. 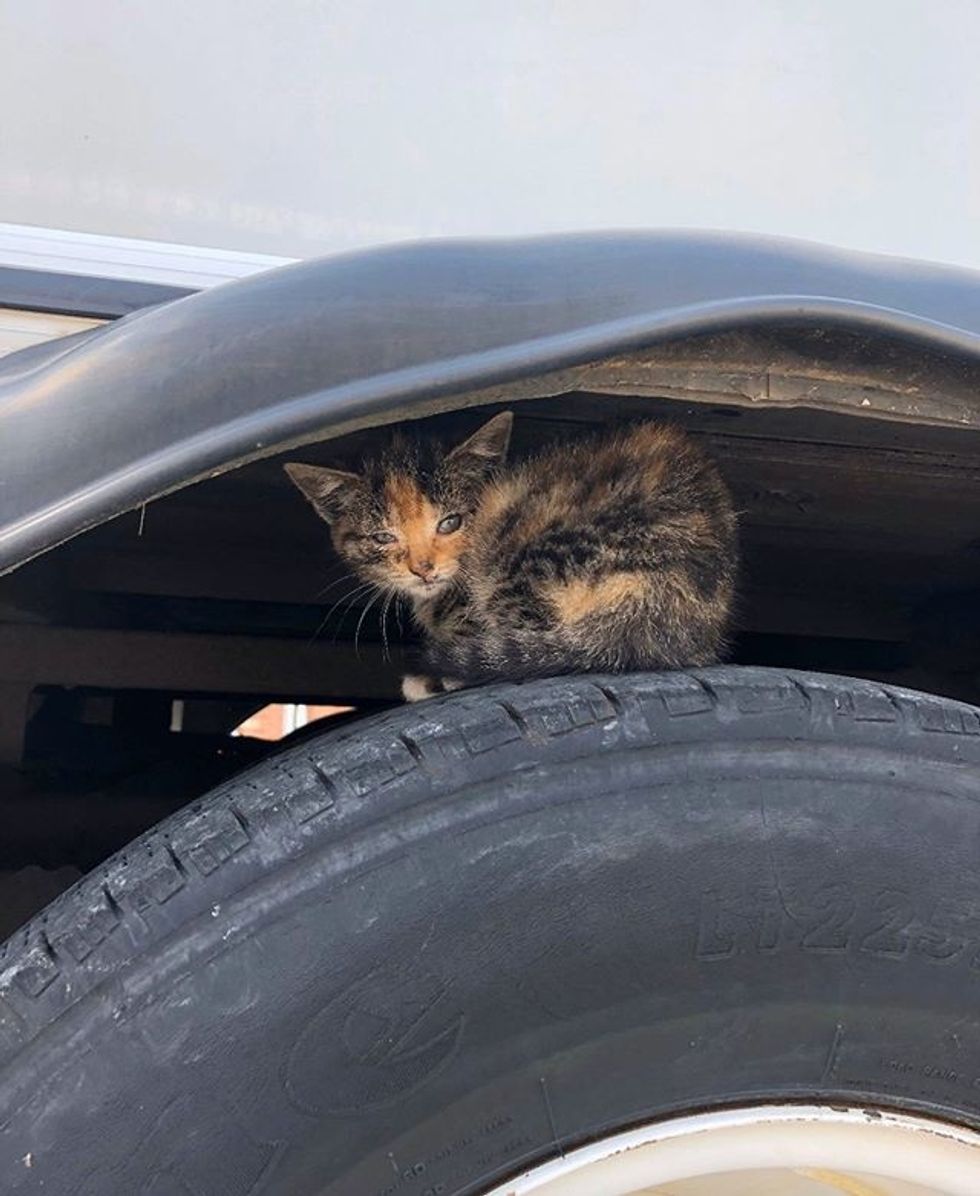 Stephanie, a volunteer of the rescue, rushed to the scene. She saw a dirty, timid kitten hiding on top of a wheel, and the little one was too afraid to come out.

“I believe she spent a long night alone there before being found. She was hollering at the top of her lungs when I arrived to get her after an employee contacted us,” Stephanie said.

Knowing the kitten must be hungry, Stephanie went back to her car to fetch some food. She talked to the calico in a soft voice while showing her the treat, trying to coax her out. 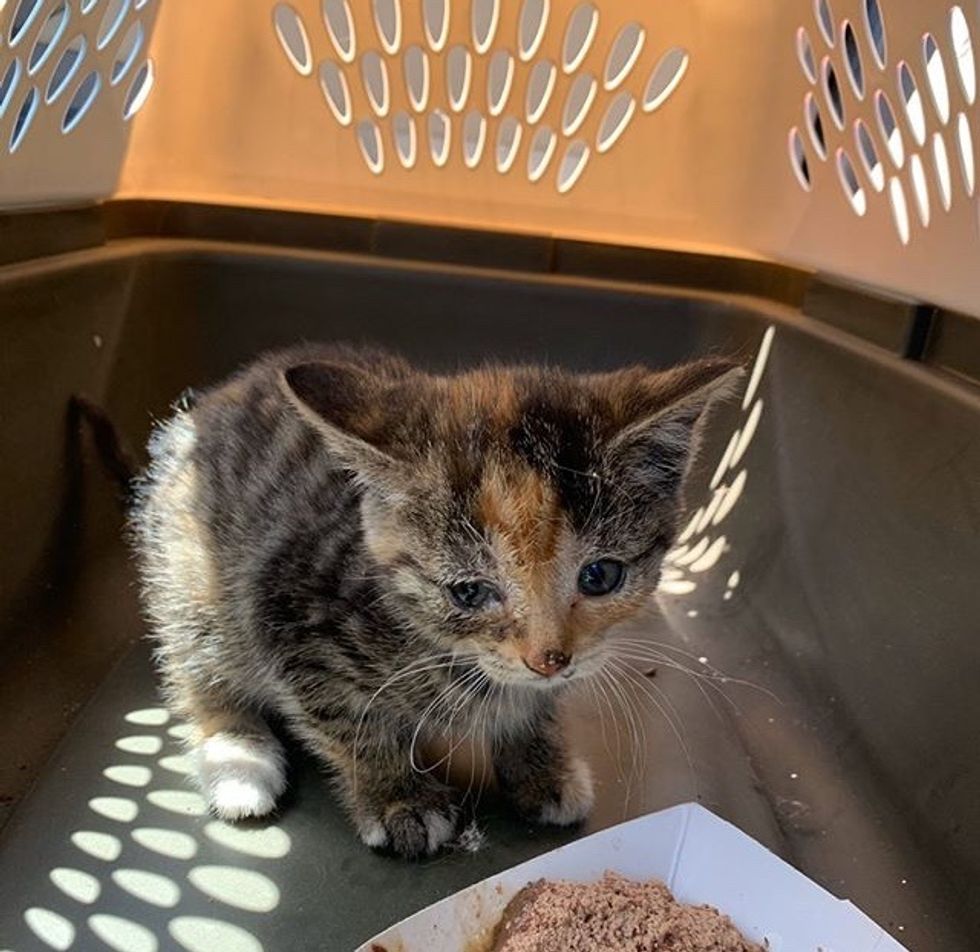 The kitten was a bit hesitant at first, but couldn’t resist the offer. She slowly turned to the food and let her rescuer scoop her up and bring her to safety.

“There’s a house a good block away and across a parking lot, so we don’t know if she made that long trek or if a mama cat carried her there. We saw no other kittens around.” 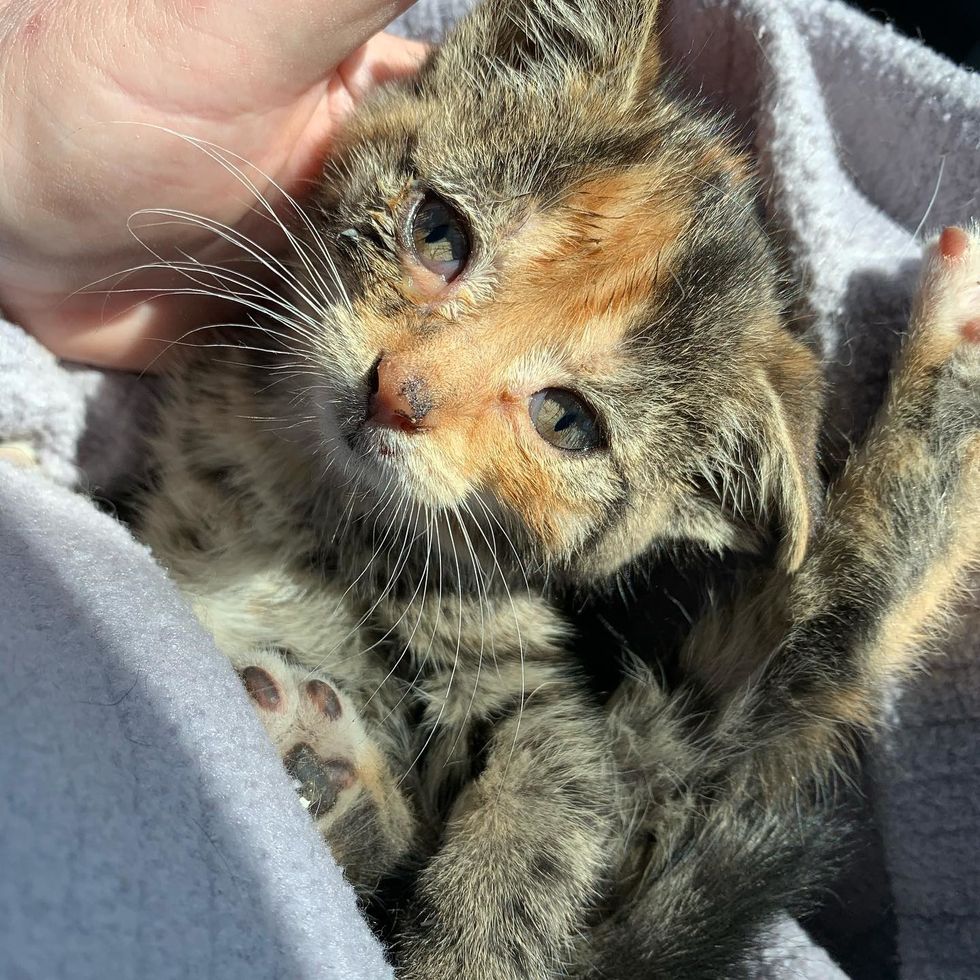 After getting something in her belly, Stephanie brought the kitten into her car and wrapped her up with a soft blanket.

The little calico stopped crying as soon as she was placed in her rescuer’s arms. She calmed down and seemed to really enjoy being cuddled and loved. 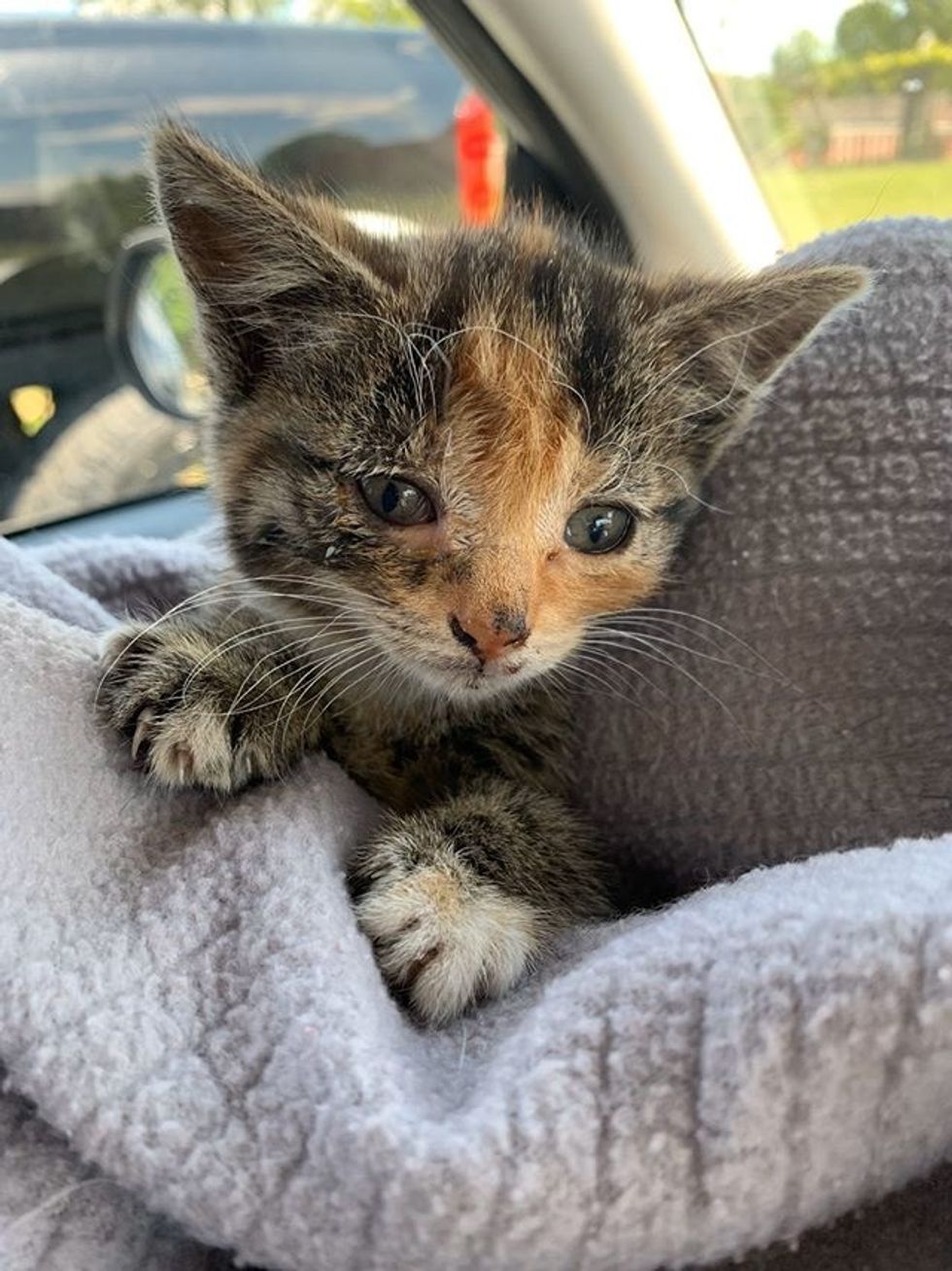 The kitten whom they named Polly, was just little over one pound at 5-6 weeks old. When she realized she was safe, the fear in her eyes melted away and all she wanted was some cuddles.

“She quickly turned out to be a cuddle-bug,” Brittany shared with Love Meow. 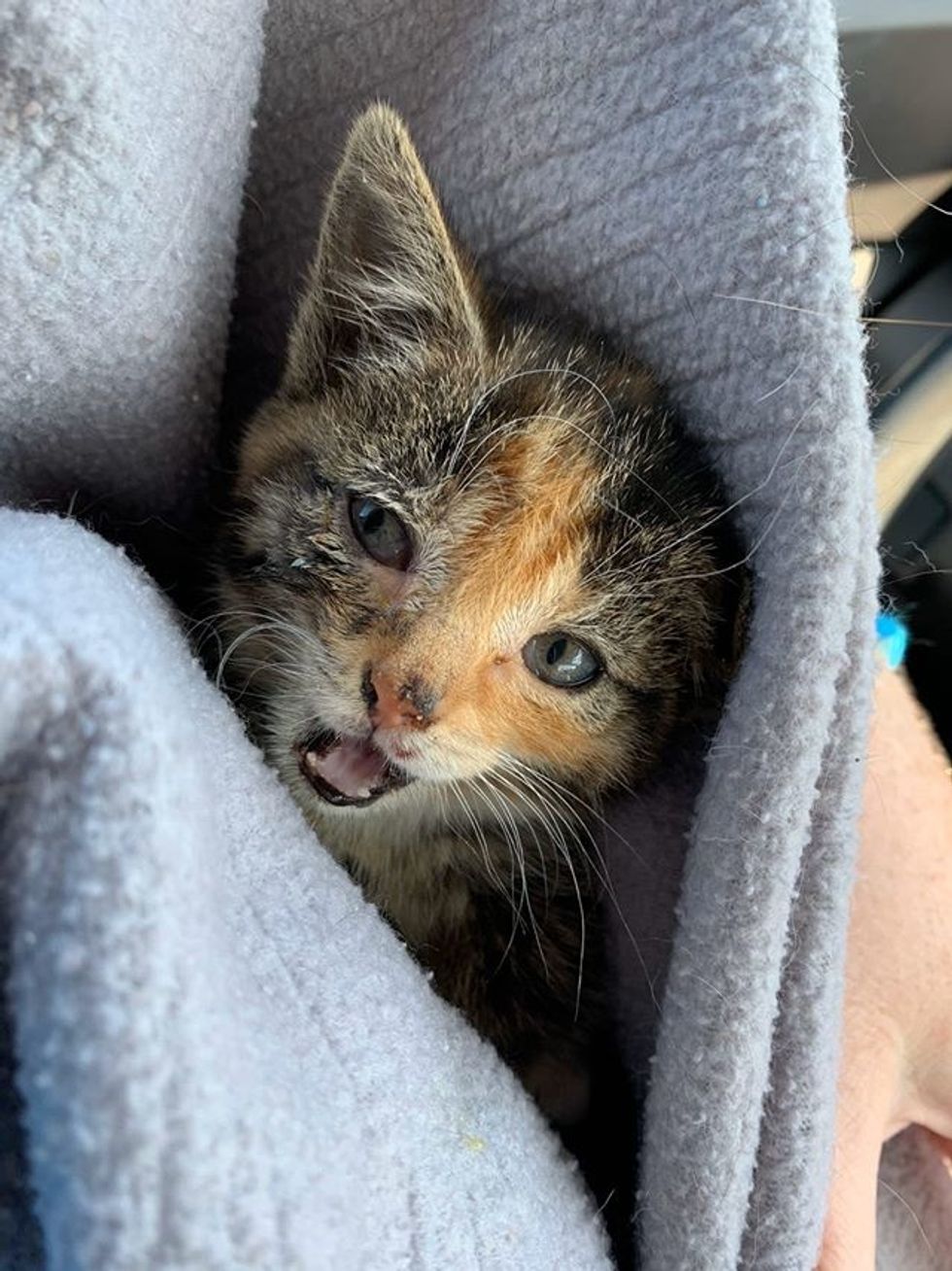 After a rough start, little Polly got all cleaned up and had a full belly – no more worries about food and shelter. She nuzzled comfortably in her rescuer’s arms and didn’t want to let go. 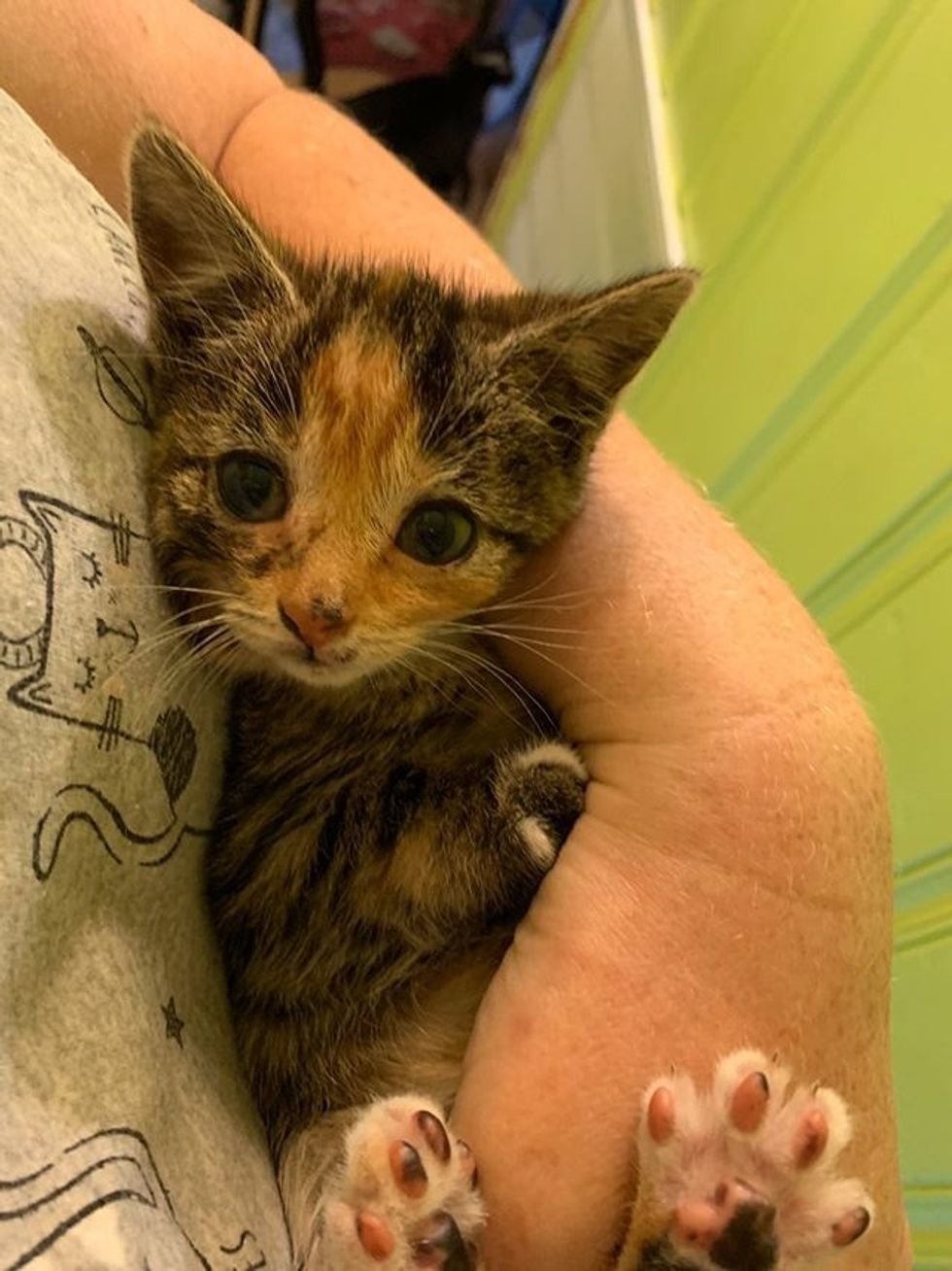 No one came forward to claim the kitten. A family who previously adopted from the rescue, fell head over heels for the sweet calico. They have offered to foster and adopt the kitten, and will soon introduce her to their resident cat.

“If their cat accepts her then we’re hoping it will be a permanent placement,” Brittany added. 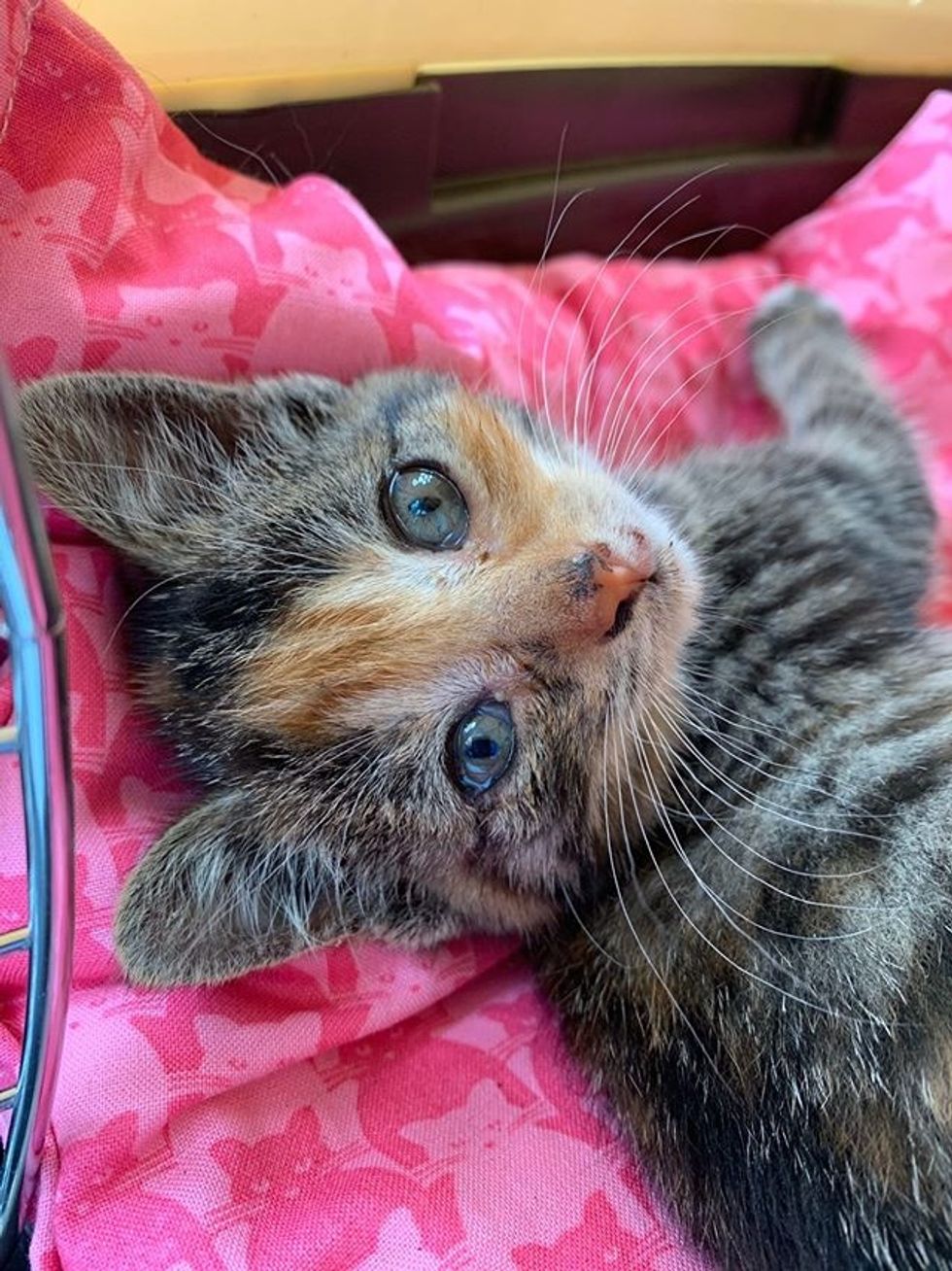 The little calico who was found crying under a bus, is now loving her new VIP life as an indoor cat.

She curled into her big, soft bed and started stretching her paws before purring herself to sleep. 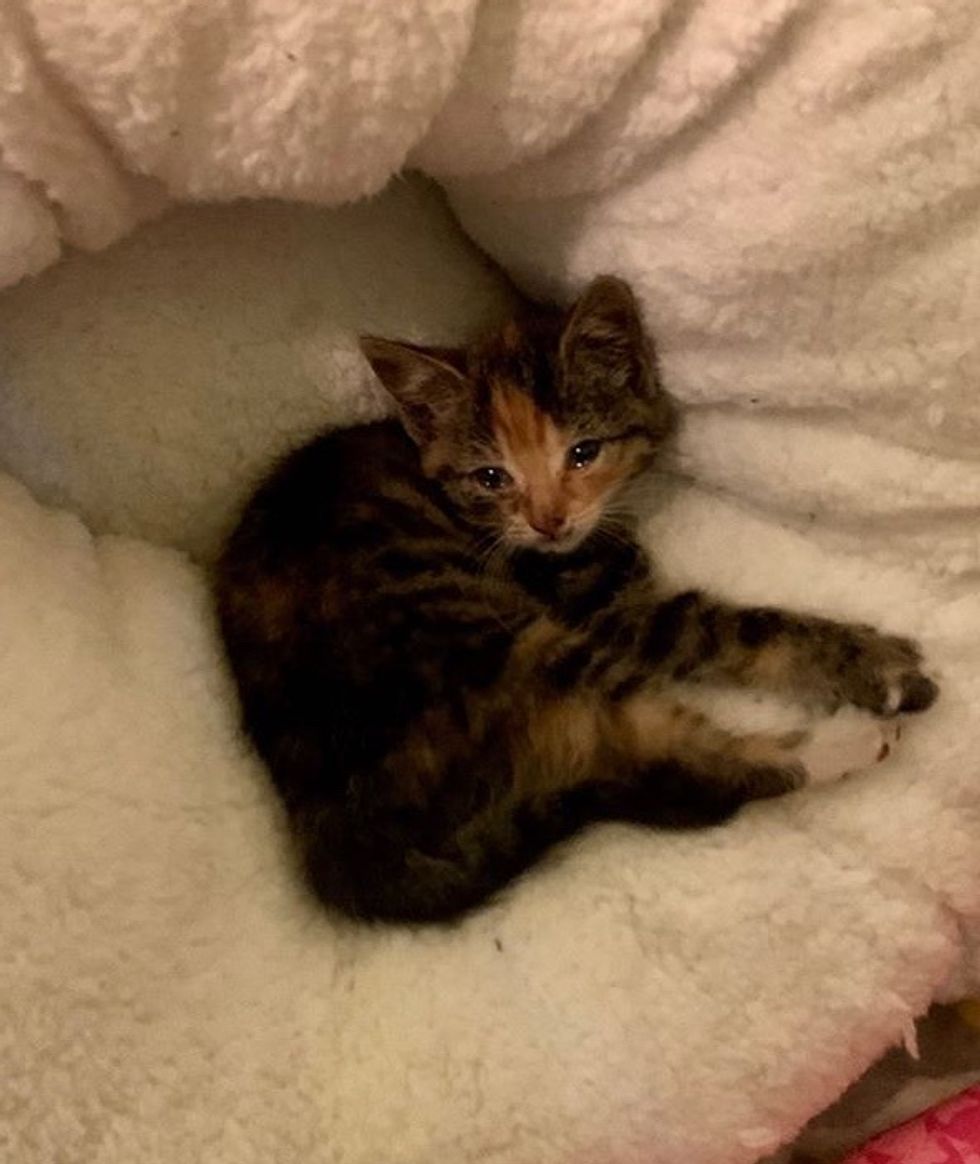 Related story: Stray Kitten Walks into Man’s Apartment and Decides to Stay and Change His Life